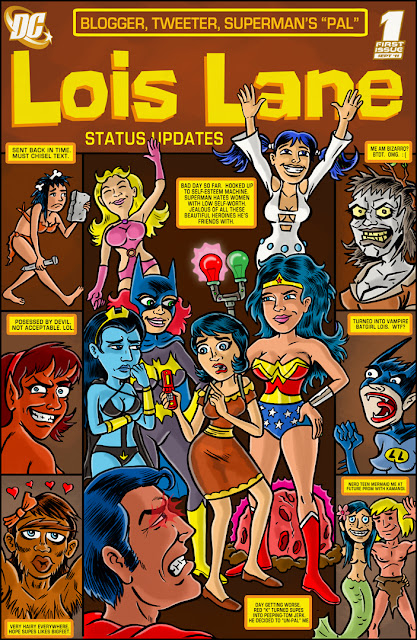 Anthony Vukojevich majored in Illustration at Long Beach State.  He self-published a comic book called Chick Magnet.  He also did a comic called Envelope Licker for Robot Publishing.  Anthony then got a job drawing Animation Backgrounds for Wild Thornberrys and As Told By Ginger.  He has spent the last 5 years working on Phineas and Ferb for Disney.  He draws props and does the character clean-up and color for posters and merchandise.  Anthony has attended San Diego Comic-Con since 1981.  Oh yeah, he also started a blog called Repaneled in which artists redraw comic book panels.
Anthony Vukojevich's blog is here:  http://vukojevich.blogspot.com/
Lois Lane was created by Jerry Siegel and Joe Shuster. Read more...
Posted by Calamity Jon at 12:00 PM