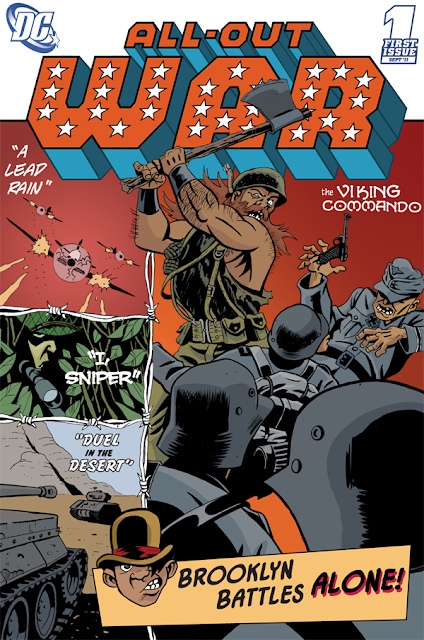 Aaron Gillespie is an Iowa City based cartoonist and storyboard artist.  His work has been in  Negative Burn (Desperado), Golly (Image), The Wretch (Slave Labor) as well as other books.  He is currently working on a graphic novel.

Aaron says: I've always been a huge fan of the Kanigher/Kubert war comics, so it was an easy choice of what book I wanted to revamp.  I love the way those comics had multiple "panels" and tons of text on the cover, and I tried to recreate that.

I would also like to thank my pal Rick Hiltbrunner for coloring the cover. Rick is a talented cartoonist who does a webstrip you can read here www.skidmarksjohnson.com.