I've mentioned - on this blog and on Twitter - that a 'big announcement' was coming for DC FIFTY-TOO/MARVEL UNIVERSE TOO, so here it is: Beginning January 1, 2012, we're opening the door to everyone!
The response and reaction to the DC FIFTY-TOO and MARVEL UNIVERSE TOO:WHAT IF projects has been immense - thousands of folks have found the site, blogged about it, discussed it in their message boards. More than anything else, the blog has attracted dozens and dozens of artists who have expressed interest in submitting their own new covers and story concepts.
Well, they need not wait any longer - beginning in 2012, the DC FIFTY-TOO blog will change its name to RELAUNCHED and will become OPEN TO SUBMISSIONS. You do not need to wrangle an invite or wait for the next themed event, nor do you have to limit yourself to Marvel or DC - you can simply create your own cover and series concept whenever you'd like for whatever property you'd like, and send it directly to us.
(Not that we'll be abandoning our theme months - stay tuned for some announced events coming down the pike!)
We won't necessarily be publishing everything which gets submitted - Artists and project contributors Benjamin Birdie and Ryan Cody will be helping to curate the submissions so that only the best make it to the blog.
In the meantime, we're a little more than four weeks away from the new site debut, so don't delay! Check out our submission guidelines and see you in January! 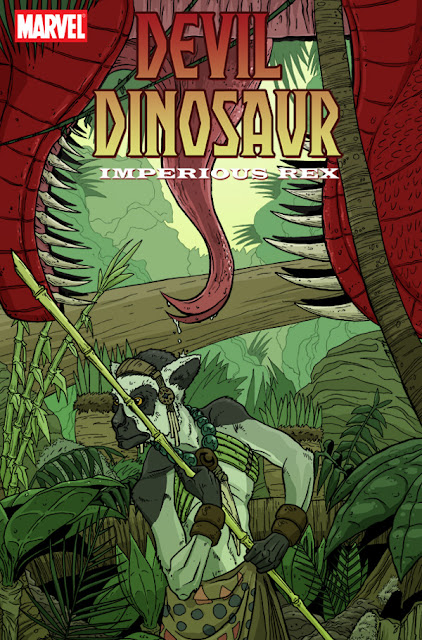 Jake Ekiss is a founding member of Space-Gun Studios and a graduate of the University of North Texas Drawing and Painting Program. Jake has gone on to work for companies such as The Gamers' Conglomerate, Study Island, Titan Comics, and Digital Webbing. He is currently producing his own webcomic Solomon Azua, which was nominated for a Glyph Award in 2011.
Jake says: On a world whole realities away from our own, Moon Boy rescues a dying lizard from the molten flames of a scorched landscape. Eight years later the beast has grown in size and hunger. It has become more than beast. It has become a devil. And the tribe of Small Folk now worship it as a god. Moon Boy must now defend his family from the very creature he once sought to save. But how can he triumph against the most deadly monster his world has ever seen. The devil is strong. The devil is ready. It is the Valley God, the Lacertilian King. It is Devil Dinosaur: Imperious Rex.

Another bonus Marvel Universe Too:

Robert says: Arnim Zola tries his best to have a romance comic, but his evil Nazi past (and present) keeps coming back to haunt him."Robert's website is www.robertgoodin.com and he also runs www.coveredblog.blogspot.com
Posted by Calamity Jon at 2:00 PM 12 comments:

Another bonus Marvel Universe Too: 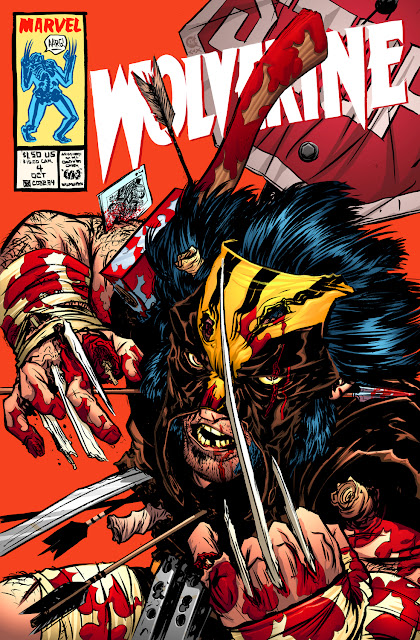 http://www.foxnathan.com
Posted by Calamity Jon at 10:00 AM 5 comments:

CLOAK AND DAGGER #1 by Kat Roberts

Contributor Kat Roberts got her piece in a little after deadline, but it's too good not to post. So enjoy this Bonus Marvel Universe Too! 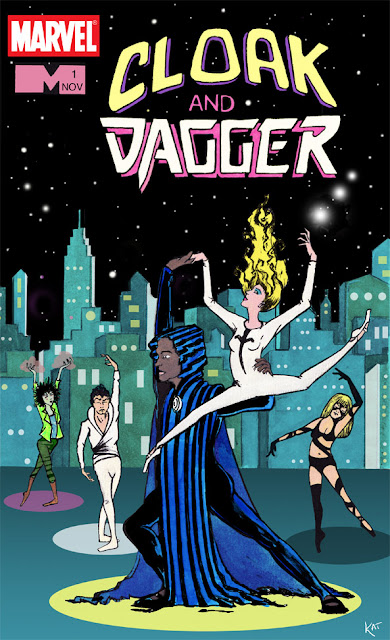 Kat Roberts works as artist and designer in Brooklyn, NY. Her more recent works can been seen on Act-I-Vate, Image's Twisted Savage Dragon Funnies and Cousin Corinne's Reminder. The first issue of her self published comic, You Are Always On My Mind, is available here.
Cloak and Dagger were created by writer Bill Mantlo and designed by artist Edward Hannigan.
Posted by Calamity Jon at 10:00 AM 8 comments: