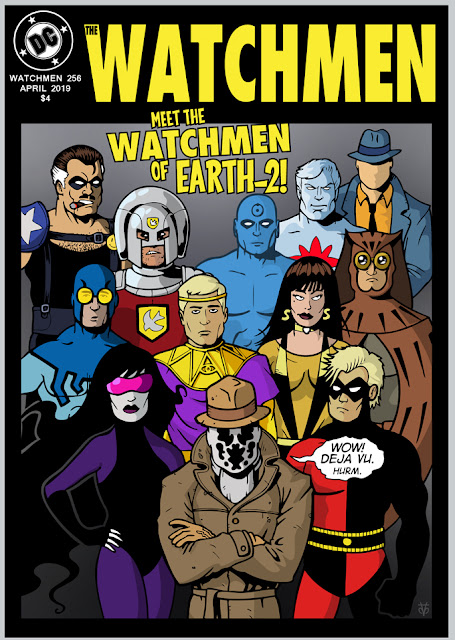 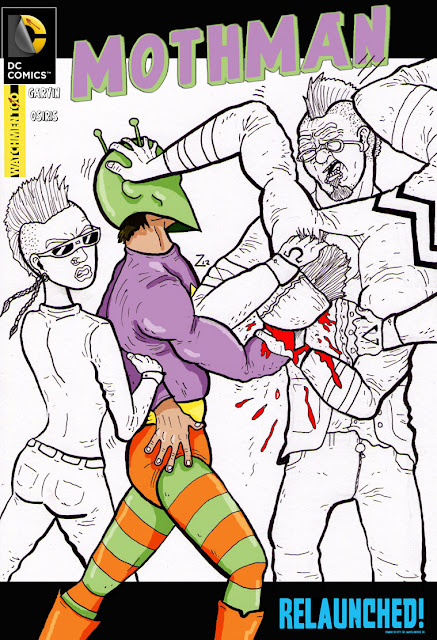 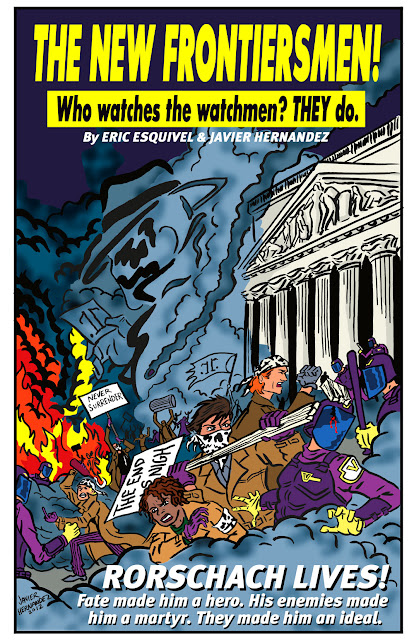 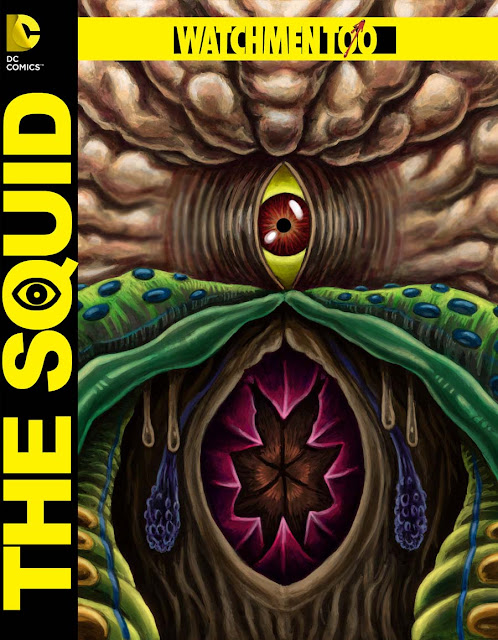 John says: Engineered from the cloned brain of a telepath, The Squid isthe centerpiece in Adrian Veidt’s plan to save the world from itself.

Within the tank, The Squid grows, reaching self-awarenessand begins to develop its burgeoning psychic powers.  The Squid learns Veidt is planning toteleport it into the heart of New York City, killing millions, with the hopeof preventing World War III and saving billions.  The Squid is to be the savior of mankind, a role it gradually accepts.

Using its growing psychic abilities, The Squid begins to direct Veidt's geneticists how to build a better monster and correcting any errors they make.  It also telepathically suggests to Veidt how best to carry out his plans, as well as people who may stand in his way--and how he may have to deal with those people.

The Squid was created by Alan Moore and Dave Gibbons.
Posted by Calamity Jon at 10:00 AM 4 comments:

Email ThisBlogThis!Share to TwitterShare to FacebookShare to Pinterest
Labels: John Douglas, Watchmen Too 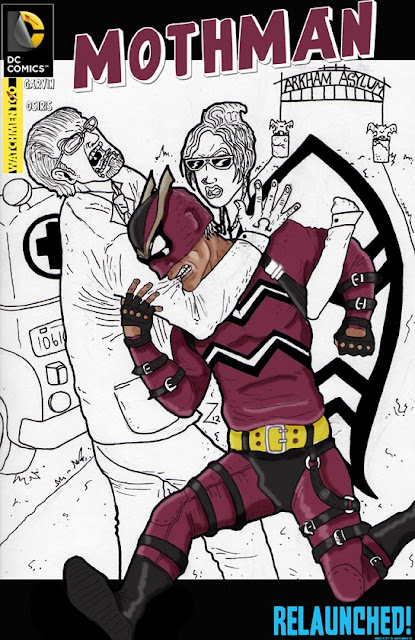 Zephan and Stevie say:
Byron Lewis was a good man who only wanted to help save the world. So he did what any sane person does and became a costumed crime-fighter. Crafting for himself hi-tech wings which allowed him to glide, he donned the name "Mothman" and joined up with the like minded Minutemen.  Lewis became an alcoholic during the pressures of the HUAC trials and was forcibly committed. But the end is the beginning is the end...

Because YOU demanded it! From the superstar creative powerhouse Zephan Osiris and Stevie Garvin, here comes MothMan! In his own series! The DC Universe will never be the same when MothMan gets transferred to...Arkham Asylum. Who bats the Batman? You'll have to read it to find out the shocking answer.

NOT a hoax! NOT a dream! NOT endorsed by Alan Moore! Don't miss Part 1: The Mothman of Gotham City.

Mothman was created by Alan Moore and Dave Gibbons.
Posted by Calamity Jon at 10:00 AM 2 comments: